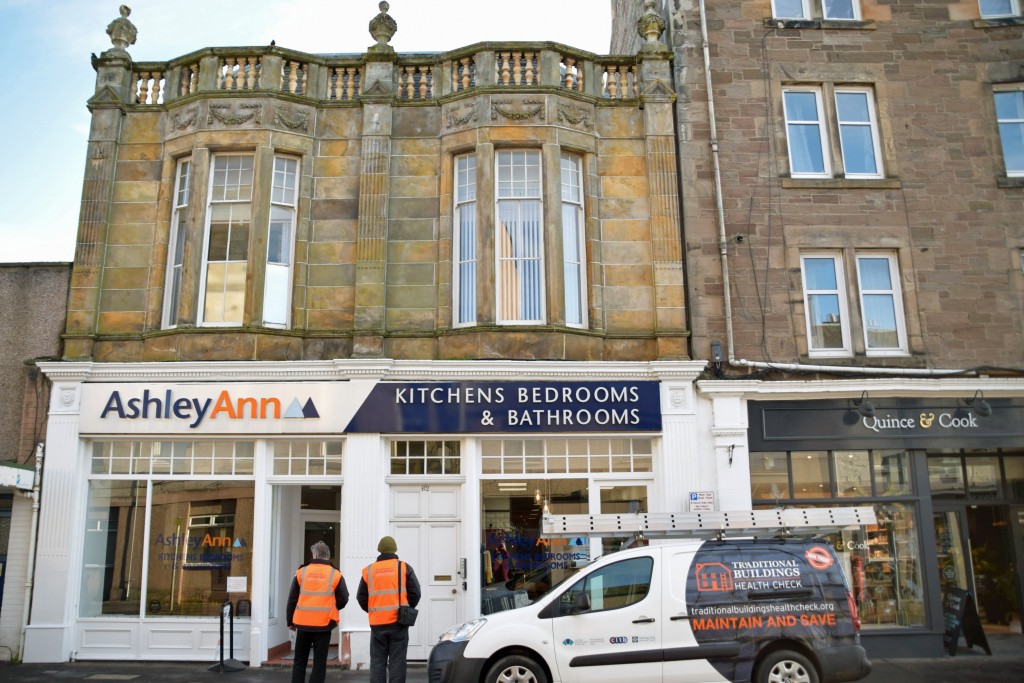 As such, in 2013 Historic Scotland (now Historic Environment Scotland), in partnership with Construction Industry Training Board (CITB) Scotland, launched Traditional Buildings Health Check in Stirling.
The scheme is delivered and managed by Stirling City Heritage Trust (SCHT). Focused on helping building owners to undertake proactive maintenance, the scheme offers members subsidised property inspections and condition reports. Reports are designed to be meaningful and useable. They are written to be easily understood, and meetings are offered to provide an opportunity for any questions to be answered.
The service is currently funded by Historic Environment Scotland and run by Stirling City Heritage Trust on a not-for-profit basis. Based on the success of the scheme, Historic Environment Scotland is investigating how to grow the service in other areas of Scotland – including Perth City. 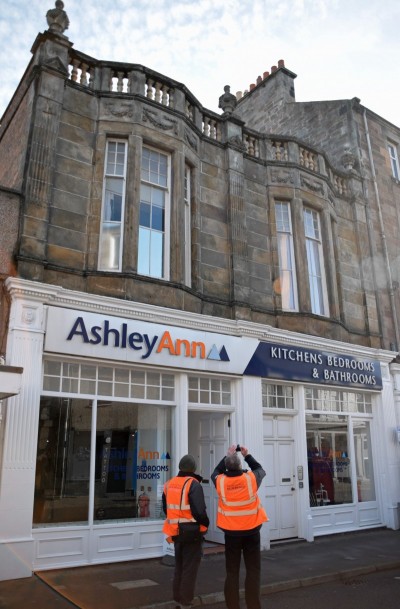 On Tuesday 8th February, the first Health Check building inspection was undertaken at 60-62 Princes Street, Perth. This is part of a small pilot scheme kindly funded by Historic Environment Scotland and Perth and Kinross Council. The scheme follows a feasibility study, conducted last year, and will consist of an initial 6 or 7 buildings. It will be delivered as part of Perth City Heritage Fund.
The pilot is expected to continue until the end of March this year, with contractors taking advantage of weather windows to use drones to build up a detailed picture of the buildings. Drones are a very useful tool which allow inspectors to see hard-to-reach areas of buildings and spot potential problems. The data from drone surveys can be included in the final reports.
Depending on its success, Perth and Kinross Heritage Trust are hoping to secure long-term funding to implement a full Traditional Buildings Health Check scheme in the local area.
The first inspection was done by the Stirling Traditional Buildings Health Check team, while the remaining inspections will be undertaken by separate conservation accredited professionals.
Further inspections have been on-going, including at 251 High Street (Julie Young Dance Studios), where on Tuesday 1st March clear and calm weather allowed for a drone to be used to survey the roof.
Left: Taking photos! 60-62 Princes Street, Perth ©PKHT 2022

Stirling City Heritage Trust was set up by Historic Environment Scotland in partnership with Stirling Council as a means of delivering focused investment in the historic built environment of the City of Stirling. The Trust is an independent company limited by guarantee (SC277033) and a registered Scottish Charity (SC037888).

Back to News and Events
Shopping cart
There are no products in the cart!
Continue shopping